Thermalyze software provides a stable platform from which to perform sophisticated temperature analysis and failure analysis testing. Tools such as Emissivity Tables allow you to perform true temperature mapping on the surface with varying emissivity. Lock-in thermography tests enable you to detect heating below 0.001°C.

Thermalyze was developed by Optotherm, providing a modern and intuitive user interface while maintaining tight integration with our infrared cameras and accessories. Developed specifically for microscopic thermal analysis and electronic failure analysis applications, this feature-rich software provides an extensive set of tools to help you analyze and test electronic devices, both large and small. 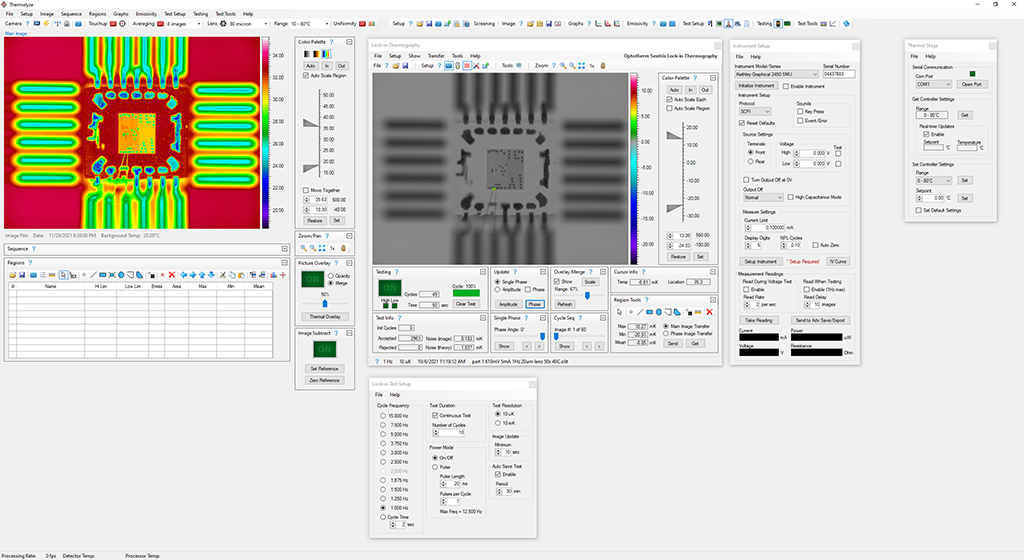 Select a shape and draw regions of any size and shape to enclose areas of the thermal image. Each region’s settings and real-time temperature statistics are displayed in the region data grid.

Different settings can be assigned to each individual region. High and low temperature limits can be specified to test the max, min or mean temperatures within regions. 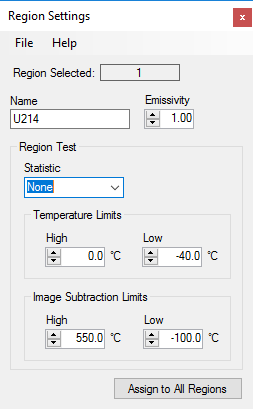 Recording a thermal image sequence can be synchronized with relays in order to control power to a unit under test. 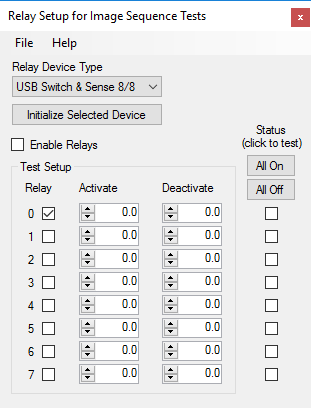 Create videos of thermal image sequences in MPEG-4 Part 14 format (.mp4) to share with coworkers and incorporate into reports. 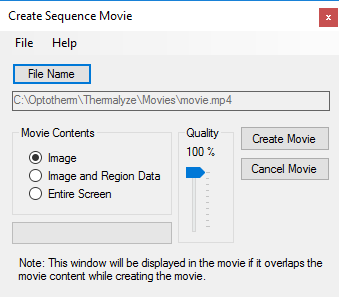 Plot the max, min or mean temperature from selected regions in real-time. Strip chart data can be saved and exported in ASCII text or binary format. 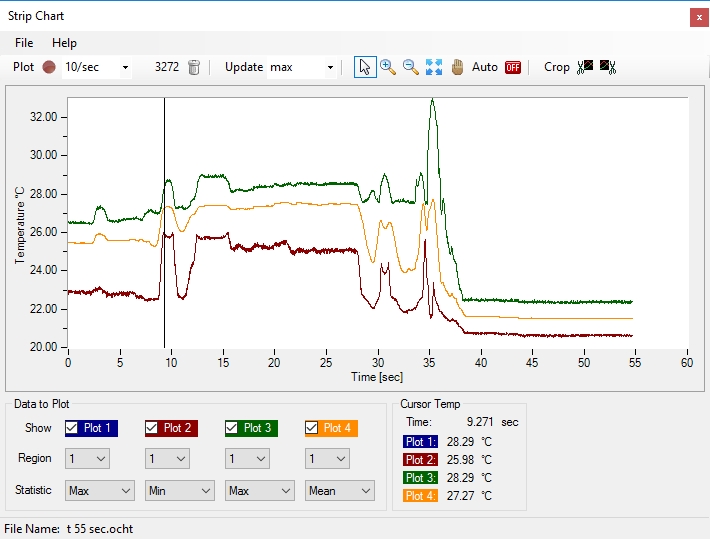 Draw line regions anywhere on a thermal image, in any direction, and display the temperature profile along the lines. Precisely locate thermal anomalies along a line using the Line Measurement tool. 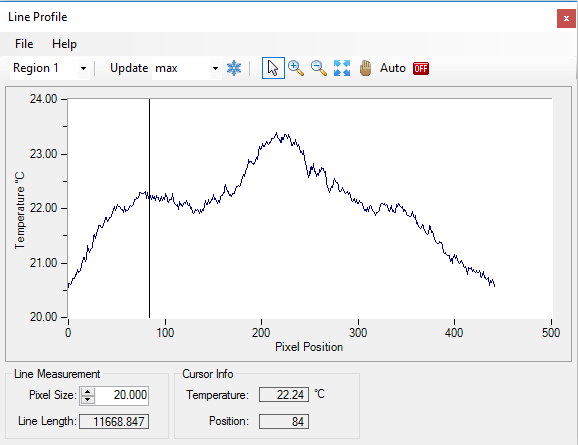 Plot the histogram of temperature values within any region. 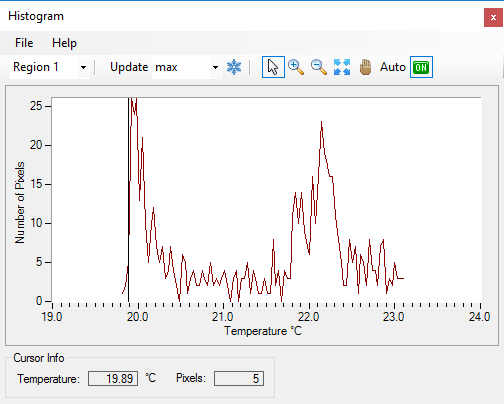 Import a graphic, drawing, or thermal image, such as a circuit board or semiconductor device, and Thermalyze will automatically apply rotation, scale and offset to match the picture to the thermal image. 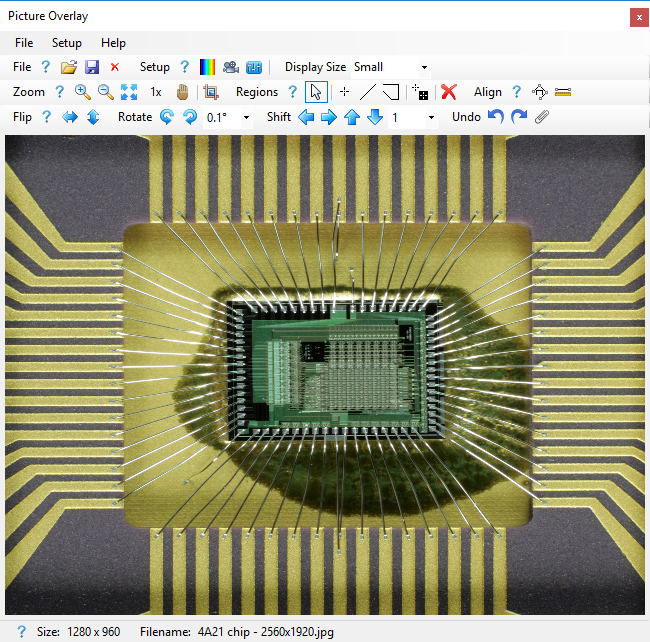 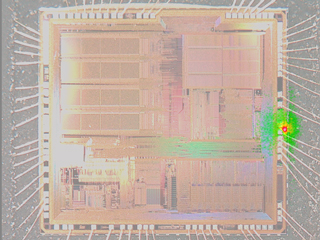 Many electronic devices, including semiconductor die, are made up of a variety of materials such as metal, ceramic and plastic. These materials have different emissivity, emitting infrared energy at different magnitudes. Due to emissivity variations, a thermal image captured of an unpowered bare semiconductor die will typically display differences in measured temperature, even through the temperature of the die is stable and uniform. These gradients on the thermal image are not a result of actual temperature differences however, but are caused solely by variations in material emissivity. 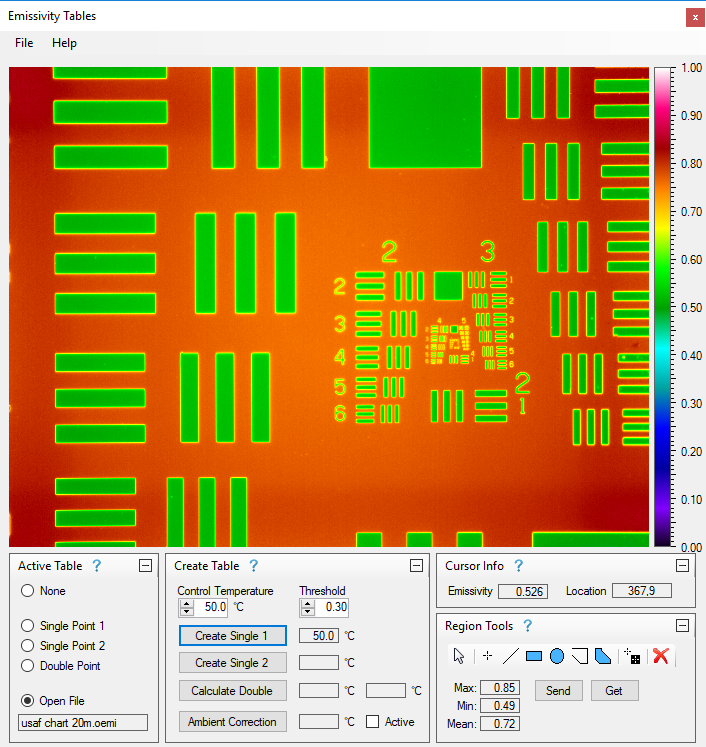 In order to accurately measure the true temperature of a device with non-uniform emissivity, it is necessary to compensate for emissivity differences on a pixel-by-pixel basis. A single emissivity value applied to a group of pixels is not an effective means of compensation because emissivity often varies continuously at the junction between different materials.

Real-time visual images of the device under test can be captured and displayed from a USB3 Vision compliant video camera connected to the computer. Live video images facilitate electrical probing and positioning of small devices. 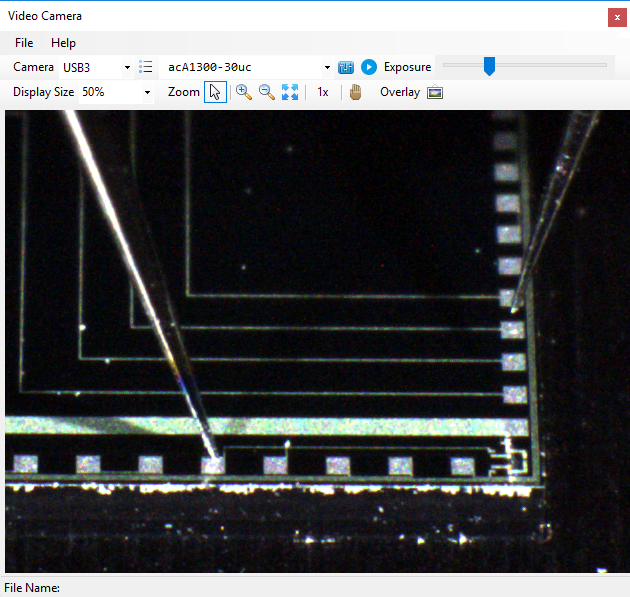 The API functions were designed to operate the software in the same manner as when a user operates the Thermalyze program. For example, functions that change program settings located in a specific Thermalyze window require that the window is open while making the change. As a specific example, to call the API function SetImageAveraging to change the number of images to average, the Image Processing window must first be opened by calling the API function OpenImageProcessingWindow. Similarly, a setting cannot be altered using an SDK function if the setting is invisible or disabled within Thermalyze.